Yet again, in a recurring ritual, the EPO has released a misleading press release concerning filing statistics. It would appear that a more informative press release might run on the following lines.


Patent applications at the EPO grew by 2.7% in 2014, hitting a new record high of nearly 152 000, a mere 0.6% higher than the previous record in 2010 [that year numbers were inflated by introduction of the late unlamented divisional rules, which represented a tax on innovators at a time when innovators could least afford it].

As yet the recovery is weak. Had the trend prevailing for the 10 years prior to 2008 continued there would have been roughly 30,000 more applications in 2014 than there actually were. The period since 2008 represents relative stagnation.

European filing numbers still remain depressed due to the state of the economy. The following graph shows that EP filing numbers and EU GDP [EU 28 on a PPP basis – source, Eurostat] correlate closely up to 2013 [2014 data not yet on Eurostat]. 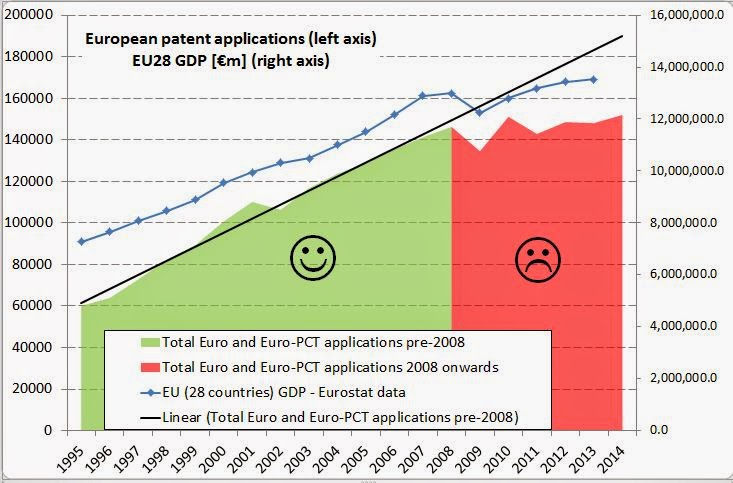 It should be remembered that application numbers reflect not only the innovation within Europe: but also the attractiveness of Europe as a market. When Europe again becomes a thriving market and a place where people want to invest, the filing numbers should rise again.

The following graph shows the ratio in €m of EU-28 GDP per application. It is evident that Europe became a much more patent intensive region in the run up to the millennium: but since then has remained relatively static [apart from the year of the divisionals]. 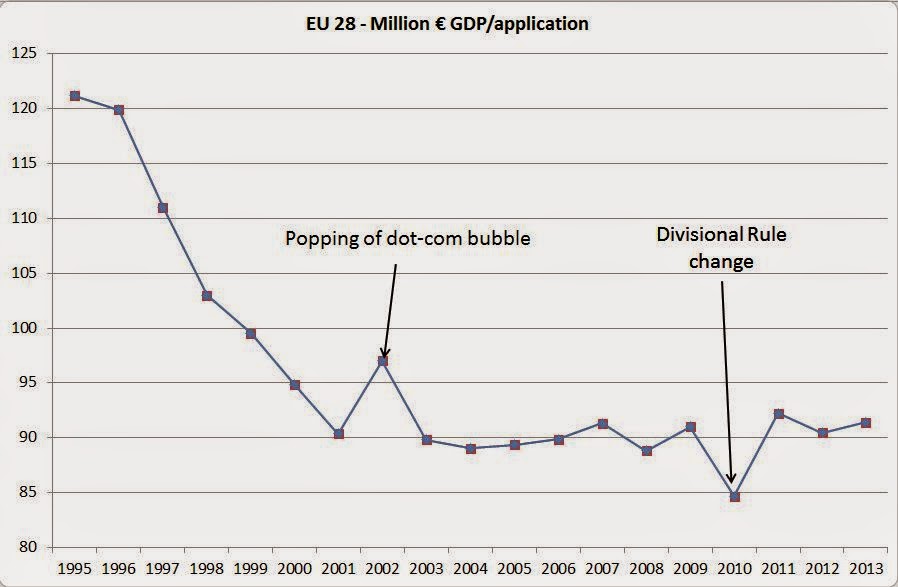 The prospect of a unitary patent [a single instrument covering a large proportion of the European market] may lead to strong growth, since this may make a European patent a more valuable asset.

As a final point it is worth noting that the term “patent filings” used in previous press releases is now thoroughly discredited as a useful measurement of anything. Combining European applications made and PCT applications made has little relevance to demand for European patents, as is indicated by the ever declining proportion of PCT applications that enter the European regional phase [a further indication that Europe has to come to grips with its place in the world]. 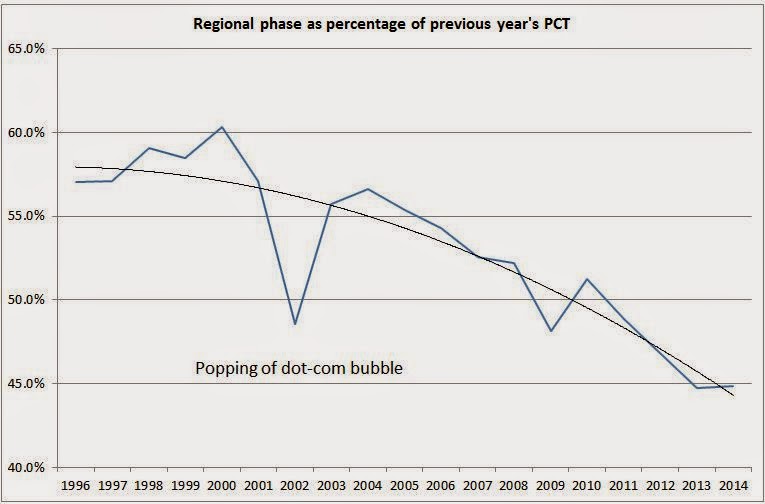 In an effort to improve transparency the EPO will henceforth cease using the misleading “patent filings” metric and instead will quote numbers that mean something.


Let us see what happens next year.