How high will the ball bounce?

The hockey stick graph is a familiar issue in climatology. A sudden step change in a measured variable indicating something happening in the background. Are we witnessing a hockey stick phenomenon at the EPO? 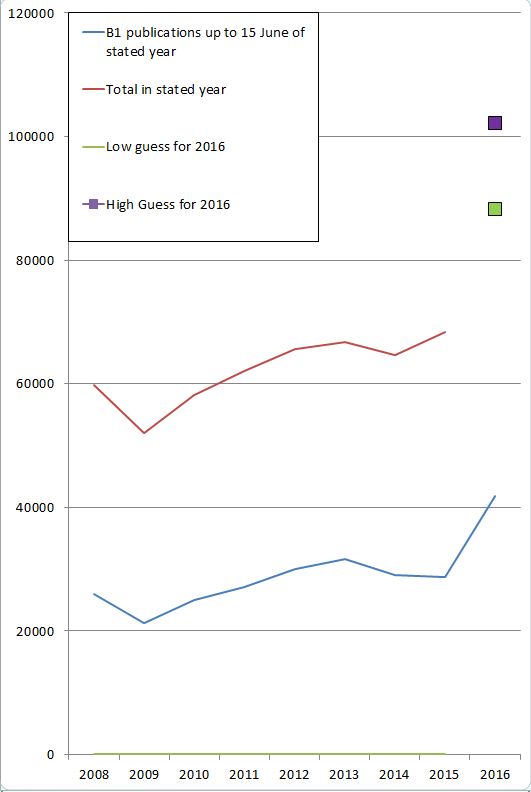 Also shown is the total number of grants from 2008 to 2015, which can be seen to roughly reflect what happens in the first part of the year.

What is  happening in the background that explains this sudden increase?